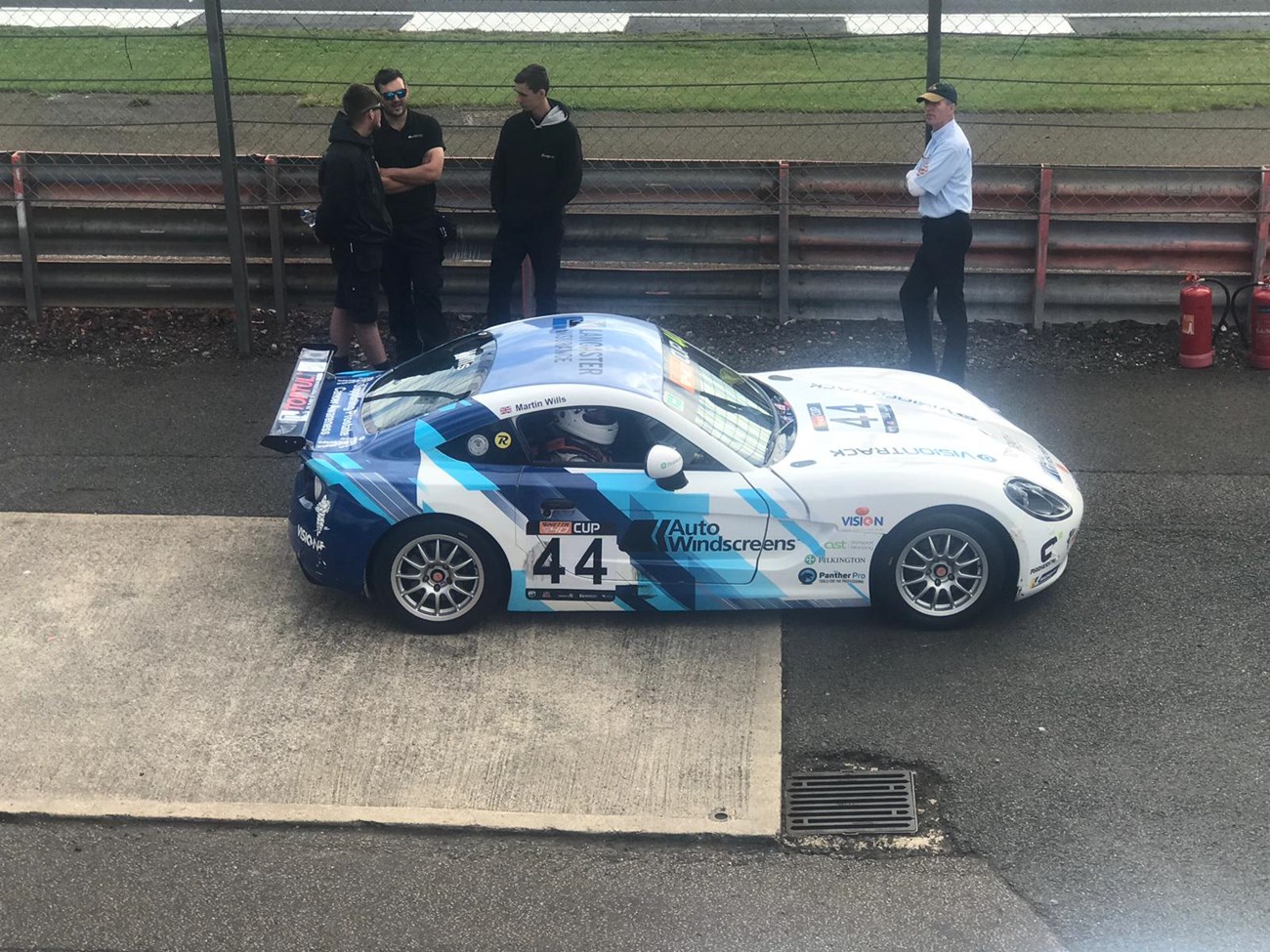 Shaun Atton, motorsport enthusiast and Auto Windscreens’ Fleet Manager, is back with the latest Ginetta G40 Cup updates from Silverstone at the weekend.

“What promised to be a great weekend packed full of results sadly wasn’t quite to be. Despite it being Martin’s birthday, a podium finish just wasn’t on the cards.

A slightly different format meant that the two-day event compromised just two races instead of the usual three.

In a fantastic qualifying session all looked good for Martin, with him putting his car in second place for the first race and pole position for the second.

However, race one began with a mechanical issue for Martin’s Ginetta. He had to return to the pit lane on the green flag lap where his problem was quickly rectified. It resulted in him starting from the back of the grid instead of his qualifying position. Whilst battling his way through, Martin had contact on two occasions, causing him to spin off track. He did well to climb his way back up the order to second place, however, on the last lap, a tap from behind at Brooklands, the penultimate bend, meant another spin and, sadly, a sixth place finish.

Back at the front of the grid for race two, Martin had an ok start and, despite a technical problem, was managing to hold his own against the championship leaders, sitting in sixth place before the safety car was deployed. It was a while before racing recommenced, resulting in there only being enough time to complete three laps more of the timed race. Martin had a spin at the hairpin but fought his way back up, managing to push forward on the final lap to cross the line fourth in class.

Martin’s now putting his focus into the next round, which is being held at Zandvoort in the Netherlands!"