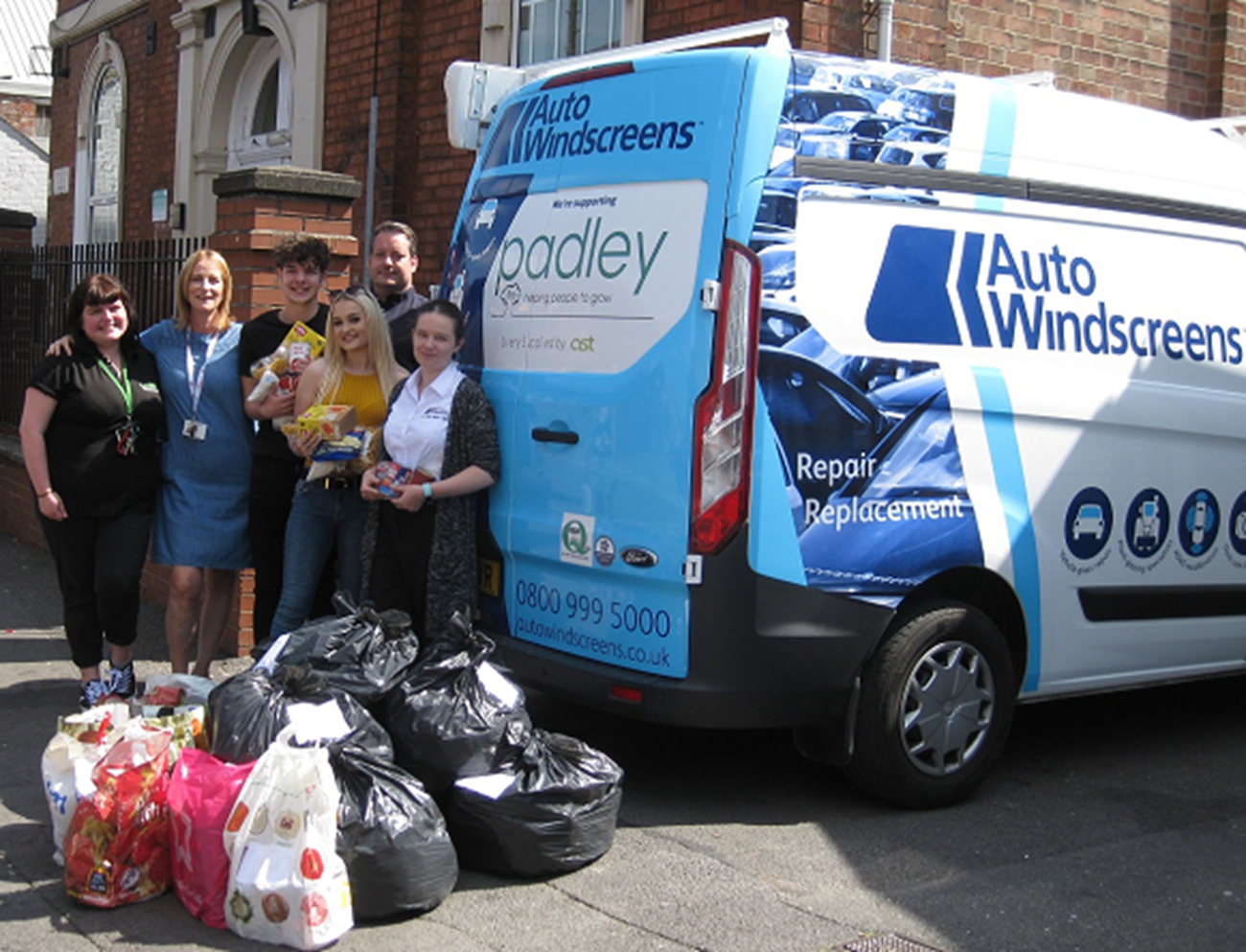 Auto Windscreens last week (Friday 6 July) delivered over 250 items including clothes, food and toiletries donated by staff to Padley, the Derby-based charity that supports homeless and vulnerable people in Derbyshire.

The collection was organised by four apprentices at the Chesterfield-headquartered windscreen repair firm after they were tasked with devising a corporate social responsibility project as part of their year-long ALEX (Apprenticeship Learning EXperience) programme.

ALEX Apprentice Millie Walker, the scheme’s project manager, commented: “The response from colleagues has been fantastic and the challenge now is to keep the momentum going so we can organise another donation later in the year.”

“This is a brilliant effort by the ALEX apprentices and their colleagues at Auto Windscreens,” said Kerry Collyer, the charity’s Marketing, Fundraising & Events Coordinator. “We are so grateful for their efforts and support. The Padley served 20,552 meals last year so donations such as these are a huge help to the vulnerable people of Derby.”

Alongside the collection, Auto Windscreens is also celebrating the launch of a Padley branded van, which hit Derby’s roads last month with the aim of raising awareness of the charity locally.

Cathy, a long-term supporter of the cause, said: “The ALEX apprentices have worked extremely hard to encourage staff to bring in items needed to help Derby’s homeless community, ranging from tins of beans to shower gel. We are delighted to have now delivered these, using our Padley-branded van, to the team’s Derby centre.”

Want to work in a fast-paced environment within a company that offers a relaxed and friendly working environment?

Despite being virtual, Auto Windscreens' staff managed to help those in need and raise important funds for Red Nose Day.